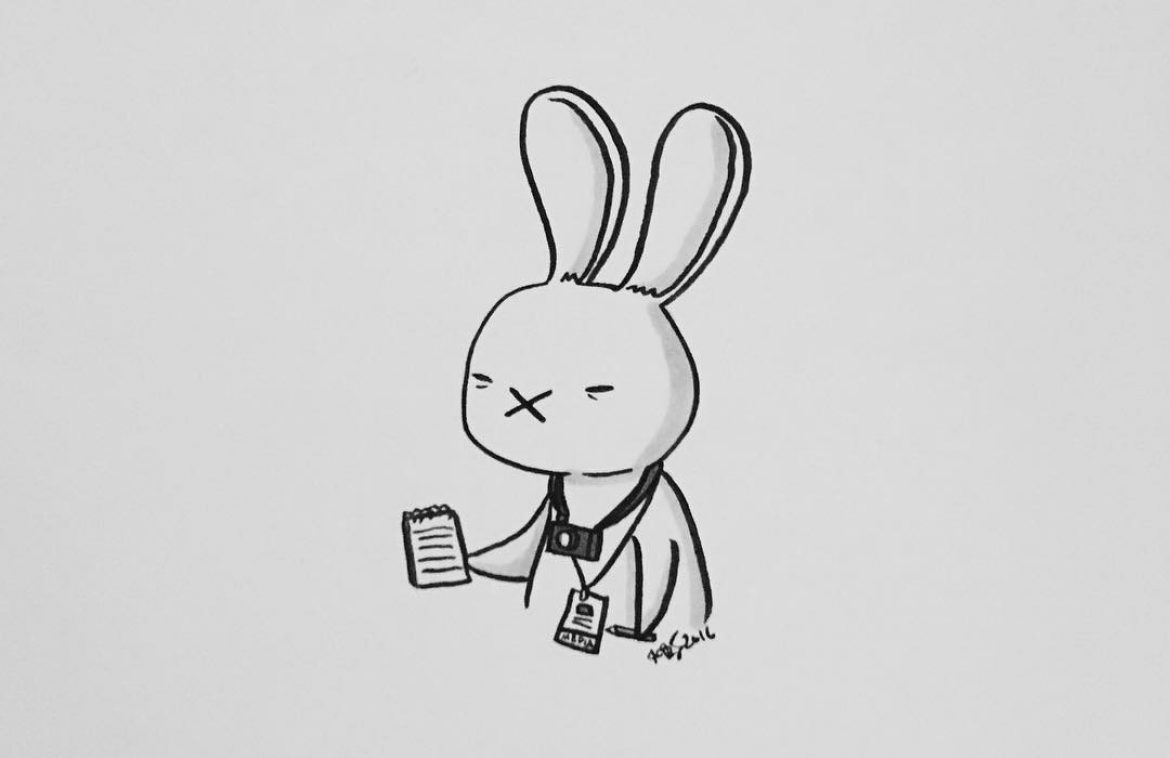 My first stint as a music journalist fell on my lap long before I even knew what I wanted to do in life. It was for a publication called MTV Ink and I interviewed Joseph Hahn of Linkin Park. And I was twelve-years-old.

See, I was a hardcore Linkin Park fan (I won’t deny that), and I when MTV Ink emailed me about the opportunity, I went a little crazy. I had Hybrid Theory on loop, I watched Frat Party at the Pankake Festival the night before, and I even baked cookies for Mr. Hahn. I was the ultimate fangirl, getting help from my brother for questions to ask, and I was nervous as hell. Come the day of the interview, I headed up to the north to meet with the people behind MTV Ink and thought they were the coolest people in the world. Excitement took over as we waited for Mr. Hahn at a Burgers Burger in Ortigas. I saw him walk past and giggled like a twelve-year-old would, but he didn’t enter the burger joint. Instead, he went to get a footspa next door. So we waited a little more. And a little more. Until Joe finally came in with squeaky clean feet for my interview. And guess what? I didn’t feel that surge of nervousness kicked into one’s gut from getting starstruck. It didn’t happen. Sitting there with one of the biggest nu metal turntablists felt absolutely normal.

Later that evening, the Editor-in-Chief of MTV Ink Kristine Fonacier told me that one day, I would write for them. Sadly, MTV Ink didn’t last too long, so the dream of becoming a magazine writer was forgotten behind the hundred other dreams that came my way. In 2012, the dream was brought back to life when MTV Ink’s sister company PULP Magazine invited me to write about my PULP Summer Slam XII experience, and immediately offered me a job. I worked with PULP over the next two years, completely winging it as I went. I made a lot of mistakes, learning from them, bettering myself along the way, reading and researching from others, and brought everything I know to where I am now with Billboard Philippines.

If becoming a music journalist is something you want to do, here are 10 lessons I picked up from writing about bands, interviewing artists, and from other music writers I think would come in handy:

1) It’s all about the artist
This is the main thing that differentiates a blogger from a music journalist—you can’t write about your personal feelings about an artist or their work if you’re gonna be a music journalist. You have to put the spotlight on the artist and save your feelings about them for your blog. Though becoming a blogger is a good start, you’re going to have to change up your writing style and adapt to the magazine’s preferences when the time comes.
2) It’s all about neutrality
You’re here to tell things as they are. If something sucks, there’s always a neutral way to say what you need to say.
3) You actually need to know how to write
This should be an obvious one, but is often forgotten for some strange reason. Mega points if you’ve been writing for years. Extra bonus points if you’re involved in the scene. It could appear that “writing is easy” and that “anyone can do it,” but a lot of times, writing for music just isn’t for everyone. As far as I know, there isn’t a college degree in music journalism, so you’re gonna need to have a good grip of your grammar and spelling skills and noggin of music knowledge.
4) You’re gonna need to pack some photography skills
Knowing basic photography as a music journalist is almost an obvious required skill now. These days, everyone is a multihyphenate. You can’t just be one thing anymore. Though it’s an option to drag a photographer along with you (also so you introverts won’t be alone), it’s best to know the basics so you can cover more ground and maximize your access to whatever show or interview you have.
5) You don’t need flowery talk
But this doesn’t mean you should leave your writing completely dry. There comes a time when you start feeling like your news posts get repetitive (Guy released a new video, Guy is holding an album launch, Guy has a new single, etc.), but being well-informed and reliable always tops being able to pen a sentence with fancy words.
6) You have to go to all the shows
It’s totally fine to have favorite bands or genres, but if you’re only starting out, it’s important to absorb every stage possible. You shouldn’t pigeon hole yourself to just bands and artists you like, because that will limit your scope. Going to all the shows also gives you different perspectives of the scene. If you’re an indie-folk fan, go to a metal show. If you’re a metal fan, go to a K-Pop concert. You’ll always come home with something new in the bag.
7) Leave the fanboy at home
Never forget: artists are people too. It isn’t a good idea to put them on a pedestal, especially if you want to be a music journalist. To be a respected music journalist, you have to show the artist that you can level with them and that they can be comfortable with you. When the fanboy turns up, artists will treat you differently.
8) You must accept that weekends and late nights could turn into working hours
News is constant and as a music journalist, you wouldn’t want to be the last guy to know about something huge. You want to be the first credible source other media outlets go to when they write a post after you do. But that’s the thing, to be a music journalist, you have to eat, sleep, breathe music. Music is your life. That’s why you do it.
9) Be Nice
In such a small industry there are people—artists, management, other journalists—who, for some reason, like to make things hard for other people, so it’s best to always smile, be polite, and thank others for their time.
10) Accept that the money isn’t great
Working as a writer in general doesn’t really pay well. But for passionate newbies, there are sites that have this sort of x-deal where they give you free passes to shows (sometimes include food/gas allowances) in exchange for coverage (a review + photos). Many young writers get their start this way, and this is a pretty good place to practice. Once you get a hang of how things roll, reach out to other media outlets as a contributor and finally get paid.
If you feel that music journalism is something you can completely devote your time and effort to, then go for it.
If you haven’t started a blog, I suggest you do. Hit up local shows and make friends with the artists and photographers. Share your posts with the bands you write about. It takes a lot of practice and self-marketing, but being able to hold up a blog and consistently releasing content will really help you show editors that you can be trusted and that writing about music is something you can do. Prove to them that it you’re capable turning a hobby into a profession.
If you have any questions, feel free to ask on the comments section below or shoot me a message.
The world of music needs writers and you just might have a knack for it.
Good luck!