Exclusive: Mew’s Jonas Bjerre on Breaking Tradition with ‘Visuals’ and Thinking Selfishly for the Sake of Passion

HomeBillboard Philippines Exclusive: Mew’s Jonas Bjerre on Breaking Tradition with ‘Visuals’ and Thinking Selfishly for the Sake of Passion 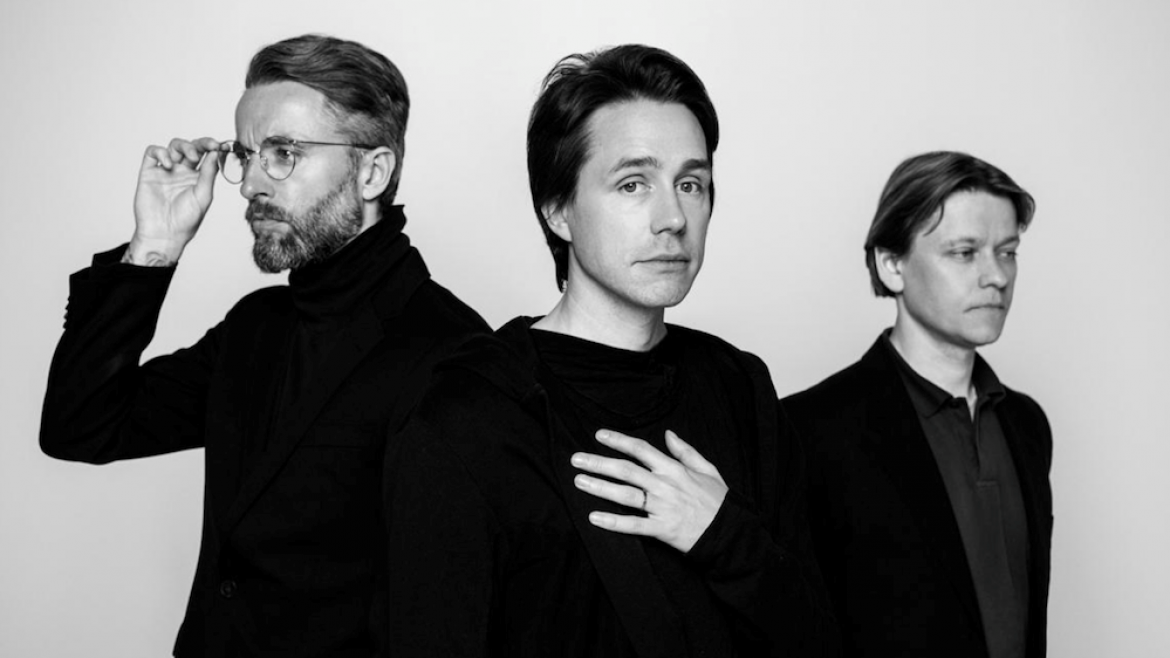 Jonas Bjerre isn’t quite sure where he’s headed today. He’s in a cab, somewhere in Tokyo, and if he’s correct, he’s on his way to a radio show to talk about Mew‘s seventh full-length album Visuals.

In the 20 years the Danish experimental rock act has been making music together, Visuals takes them to different heights, starting off with the fact that they switched up their traditional process by executing the visual aspect of the record first before seeing how these images translate into music. They even broke through their 3-4 year habit of holing themselves away in the studio, delivering Visuals in just two years, after serving 2015‘s + –. “We just felt like,  if we do it the normal way, it’s gonna be another three or four years before we get to do it  again’,” Bjerre says. “If you keep doing it like that, ultimately you make a handful of albums  and then you’re ready for retirement.”

Before reaching his destination, Bjerre spoke with BillboardPH about Visuals and everything it takes to pursue one’s passions.

Tell us about the visual aspect of Visuals. The album art is extraordinary, and I’d like to know a little more about the meaning behind it.
We knew we wanted to call it Visuals early on. We’ve always had these projections when playing live, at least for most of our shows. It’s kind of a part of the band, and we wanted to do it more on this album. But also we kind of liked the idea that each song is its own story, but not a straight story–it’s more like a photograph. You get a glimpse into a situation and not everything is revealed to you. There might be a person in the photograph; you don’t know who that person is, you don’t know what they’re thinking. It’s kind of a mystery.

What is it about creating the overall package of Mew–from the music to the visuals–that attracts you to pursue everything yourselves rather than pulling in other artists or producers to your projects like many bands out there?
We usually work with a lot of different people. I’ve always been the one who did visuals for our shows, but we had other people direct music videos. This is our first album where I’m doing videos as well. And I think this is a little more internal, this album, because we didn’t have a producer. We did everything ourselves. And in the spirit of that, we also have the sort of creative spark due to being internal, as well for the visuals and the artwork and the music videos. It feels like a complete body of work. Everything fits together really nicely. I don’t know if it’s going to be like that on the next album, but on this one, it just felt like the right thing to do.

Without a producer to pitch in their thoughts or feedback on your material, when do you know it’s ready or finished?
That’s the hard part. We’re not the kind of band that hired a producer who tells us what to do. We’ve always been involved in the productions, but it is nice sometimes to have an outside set of ears. We have a lot of friends who are also musicians, so we sort of got feedback from them a little bit.

We usually spend such a long time making albums. When you’re done with the album, you almost forget what your original spark was, we sort of wanted to retain that energy. In a very pure way, it’s kind of a very spontaneous effort to make this album. Same thing with the visuals even–it’s just trying out, experimenting with things. If something interesting comes out of it, that’s it. We don’t look back and second guess everything a million times and that’s been a really different discipline and it’s been very inspirational. We always try to do things differently every time, because we want to keep it interesting for us and challenging. We don’t want to make the same album twice. We want to keep growing as a band, so that was just a new way of doing that.

We live in a world where people have written all these blogs and articles about how to start working on a passion project. And with you guys switching things up for Visuals, what kind of advice would you give aspiring artists who don’t know where to start or how to start in the first place?
I think it’s very important to do what you love and sort of selfishly think of yourself first. When you’re writing songs, you’re making art. It’s about pleasing your own sense of aesthetics first. If other people like it, it’s just a bonus, but you gotta stay true to what you want to do. That’s kind of a given, I guess, but I really think a lot of people are maybe too afraid to do that or they think there’s a certain way to do things. They’d think “this thing is no good because nobody else did that, so that can’t be good.” I just think it’s important to dare to pursue all your ideas.

Do you believe that luck is involved in artists “making it?”
Of course. Luck is involved in everything. I believe in the many world interpretations, so I believe that we live in just one of endless amounts of parallel universes where things turn out differently, so you’re lucky sometimes, you’re unlucky sometimes. Maybe there’s a version of you doing much better, but there could be versions of you doing much worse. It’s a part of life (laughs).

As an artist, sharing your work with the world basically exposes your thought process and the kind of person you are. How does it feel to have something so personal and intimate out there for people to consume?
It’s challenging sometimes, but mostly, it’s something that makes me grateful that we’re allowed to express ourselves to so many people, and connect with people in that way. It makes me nervous, but most of the time it makes me feel really grateful that I get to do this. It wouldn’t make any sense if we just made albums and didn’t play them to anyone or go out to play live, you wouldn’t get that response. The response is a big part of it. The response gives you a feeling of connectivity with the world and that’s a very important part of it and I think most artists feel like that. There aren’t many painters who’d just sit alone in their room, painting paintings for a lifetime and never showed them to anyone. You want to have that response, because it’s kind of a way of communication. It’s a feeling of connectivity you get from it, so I think that’s as important as the creation.

How does it feel to have all these people from around the world connecting with your work?
It’s surreal sometimes. But it’s a very privileged thing to have in your life and I’m very grateful for it everyday. And I think gratitude is the pathway to feeling happy. Be grateful for what you have.

You’re a musician and a visual artist–so what else do you outside your line of work?
I don’t know–normal stuff (laughs)? I don’t really have any other hobbies. Those are my two big passions. I read books. I travel. Go on vacation. Watch TV series (laughs). And I love to cook! That’s a big passion of mine.

Having multiple passions, how does one successfully pursue them simultaneously?
That’s one of the challenges. The one regret in life is that there’s never time for everything. You have to make choices. That’s tough sometimes. Sometimes you make the wrong choices. Sometimes you make the right choices. I work a lot, but I don’t really see it as work, I see it as my passion. I keep myself busy with things and it suits me really well.

What are your plans after the release of Visuals?
We’re gonna go on tour very soon; a lot of touring this year. At the end of the album cycle, I don’t know, I can never think that too far ahead into the future, but for right now I’m just excited for the release, and for people to react to it and to experience the whole thing–the traveling and the shows. I love the thing with traveling around and visiting places. Often times you don’t get to stick around for very long, but you get to have a feeling of a place and you get to meet people who respond to what you’re doing. They already know you and that’s pretty amazing.

Are there any plans on visiting the Philippines soon?
I would love to. I’ve never been. I’ve always wanted to go, but I don’t know if there are any plans–maybe there some plans in the works, but I don’t have anything confirmed. But I really hope so! I hope we get to play, because I know there are some people in the Philippines who’d like to see us, so I’d love to come and play.

Mew’s seventh full-length record Visuals is due for release on April 28 via PIAS Recordings. Pre-orders are available here.

What I Learned from Save Points: A Lesson in Life