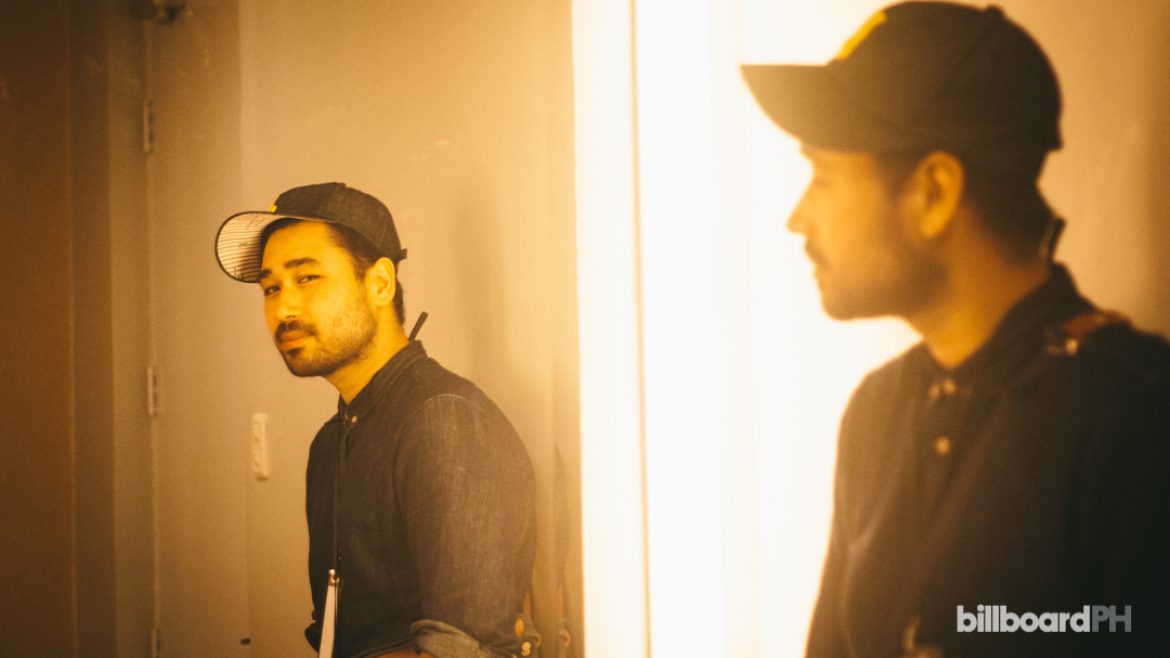 Jay Eigenmann has his head buried in the mixing console, twisting knobs and raising channel faders, as toe guitarist Hirokazu Yamazaki gives instructions in broken English onstage. Eigenmann levels his mix to a specific rawness that guitarist Takaaki Mino — who is also an audio engineer — prefers for the stage and house, filling the hall with their signature blend of electronic and organic tones. This is the Japanese post-rock band’s third time in Manila, and Eigenmann’s first time to work the board for them in the country, opening their 2016 Asian tour on a Sunday evening.

Having worked with toe as their FOH engineer outside Japan for over a year now, Eigenmann is confident and psyched to finally be home again. He’s been all smiles since he arrived from an excruciatingly long flight from New York, and his welcoming committee seems to get larger and larger as members of the crew spot him at the tech booth at the far end of the hall.

Before working for toe and becoming Director of Production at Le Poisson Rouge, a club in New York, Eigenmann was all over the place. Like a true Millennial, he searched for his calling, hopping from school to school, unable to stay still. If his surname sounds familiar, well, he is actress Andi Eigenmann’s first cousin, and is the son of acclaimed kontrabida  actress/jazz enthusiast Cherie Gil.

He knew he wanted to be in music, but didn’t know what he wanted to do, until he met Alex “Phatboy” Lim of Lighter Records, while working as a host to cover an event in Boracay for ABS-CBN’s Wazzup Wazzup. Lim stayed in contact with Eigenmann and gathered him with four other individuals to propose what would be one of the biggest production crews in the country, Sonic Boom Philippines. Together, they raised the punk rock/post-hardcore scene, boosting the careers of Urbandub, Faspitch, and The Ambassadors, and growing a loyal community alongside their efforts. Eigenmann then worked with the Perlas brothers at Tower of Doom and offered his help on the second Siege Tour.

Jay Eigenmann handling the FOH board for toe’s third show in Manila.

“I’ve always been critical of sound,” Eigenmann says. “I’ve always liked good recordings. I’ve always been bothered when things are not up to a certain standard.” It was with audio engineering that he found a way to marry artistry and technical skill, calling it one of the few careers where there’s synergy between the two. “When it comes to music, the audio engineer truly is the meeting of the two. You have to be creative, artistic, but you also have to have a proficiency and skill level that allows you to do that at the same time.”

Straight out of graduation from Full Sail University in 2011, Eigenmann found an opportunity to work at Le Poisson Rouge, and simultaneously moonlighted doing odd jobs and freelance as an audio engineer. Highly focused, he was able to do audio full time and spent the next few years split between the road and home. He toured with the likes of Little Boots, Lee Ranaldo of Sonic Youth, and saw his breakthrough as production manager and monitor engineer for Neutral Milk Hotel’s full U.S. tour. The years passed quickly as he joined AlunaGeorge, Betty Who, Broken Social Scene, Sō Percussion, and a few pop bands in and out of the U.S.

Jay Eigenmann with toe and the Terno Recordings crew.

“Last year, I met toe. It was kind of surreal,” Eigenmann admits, smiling. “I’d always been a big fan. I missed them the first time they came to the U.S. — they had a different sound engineer and I just wanted to go see them as a fan. It’s one of those bands I’ve always loved.” When he heard they were returning in 2015, Eigenmann took a chance and wrote to them, and a week later heard back from a booking agent he knew, responding to the email Eigenmann sent to toe’s website. In the next few days, he got the gig, flew to Los Angeles, met toe, and the following day was mixing for them to a sold-out crowd of 1,200 at The Regent. “It was the scariest and most amazing thing!” They hit it off and continued the rest of the U.S. tour together.

“It’s not really very often that you get to work with people you look up to,” he says. “They’re the sweetest guys. They’re such talented musicians. It really makes my job easy. They’re really amazing to be on the road with and they enjoy the same things I do, so we get along.”

At 29-years-old, Jay Eigenmann proves that wandering the world and not taking life too seriously can help you find who you truly are and what you can offer the world. He gets up from his seat, still smiling, ready to hit the mixing board and open the first night of toe’s Asian tour.