The Loft Sessions: Creating an Atmosphere to Showcase Emerging Talents 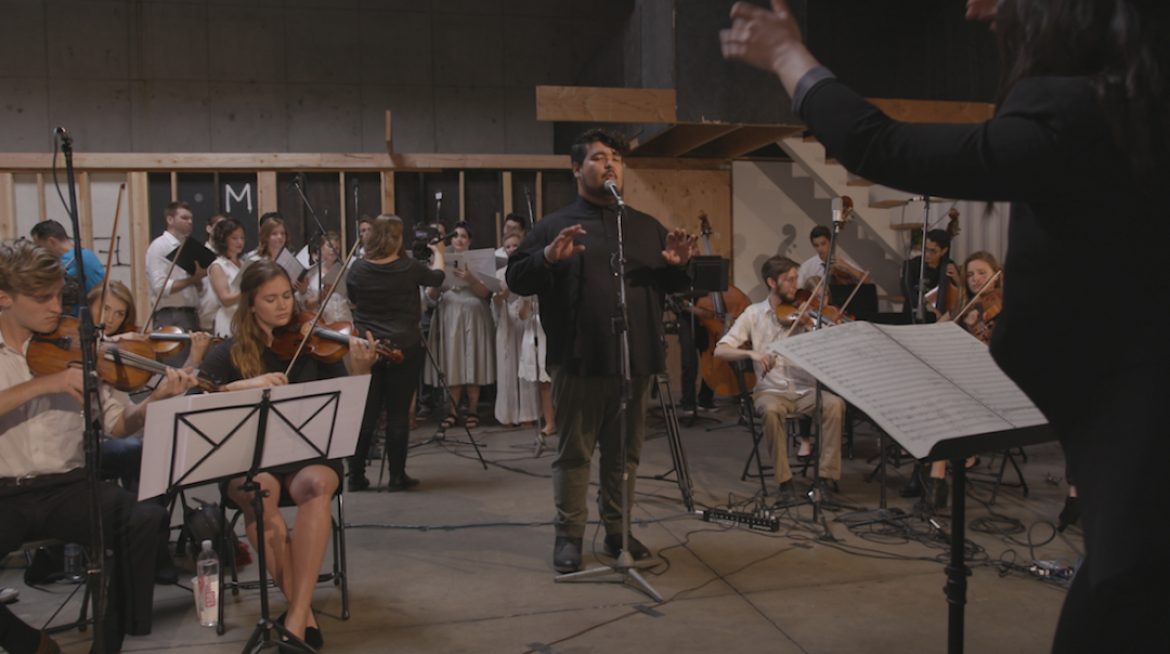 When the first part of this season’s The Loft Sessions was released, Los Angeles based producer and former guitar player of Kjwan Jorel Corpus couldn’t wait to tell everyone about it. The season opens with Filipino-Italian singer Mario Jose, backed by a band, a full orchestra, and a choir of music graduates and incredibly talented kids from the Pascale Camerata, a professional level chamber orchestra featuring middle and high school students.

They filmed at The Warehaas in downtown Los Angeles, which was a bit of a challenge for Corpus to record as one of the production’s engineers in the unconventional space—setting up at least 40 mics in the area for the 50 musicians in the warehouse. All the hard work the team behind The Loft Sessions truly paid off as the final product of the one day shoot turned into something more of a spectacle, and without a doubt, a benchmark for whatever creator and musical director Evan Chapman has in store for future projects.

The Loft Sessions started back at Berklee College of Music in 2012 as a platform to showcase emerging artists. Chapman tells BillboardPH, “The overarching goal from the start of the Loft Sessions project was to create an atmosphere where incredible musicians could come to play together and hopefully create music that reflected the spirit of the session (which has always been incredibly positive, fun, motivating, and sometimes emotional).” He has since moved to Los Angeles, where he says anyone would find the world’s best in every genre. “With UCLA, USC, Colburn, and Berklee’s huge alumni community, there’s an enormous society of orchestral players that are at the top of their game and eager to branch out and play together.” He adds that there weren’t many organizations around LA that bring each of these schools together. “The second reason why LA seemed to be the right choice is because of the performance community. It’s insane—the number of gifted performers and songwriters there are out here that are all grinding and trying to make LA work for them.”

Whether you look at Mario Jose’s cover of the No. 1 US Billboard Hot Country Single “Georgia On My Mind” or their latest offering, Christine Noel‘s rendition of Coldplay‘s US Adult Alternative Songs Chart topper “Magic,” it’s evident that the music world in Los Angeles is replete with some of the most gifted talents out there. You can sense the tenderness in their voices and feel a rise of unexpected happiness as the strings slur to a major lift.

The previous series of The Loft Sessions showcase a wide range of styles—from hip-hop to bluegrass, and spoken word poetry. For this season, Chapman intends to release each episode two weeks apart, all of which feature different singers who can carry themselves in such a unique setting, as they interpret pop songs as classics with the different timbres of strings and horns.

Chapman has since started a new initiative called The Loft Sessions Method, where their team will be working with K-12 schools, and introducing its students to industry leading professionals, master classes, and a tailored approach to music education. “We’re very excited about it,” Chapman says. “Additionally, we’ll be continuing The Loft Sessions as we have been, and will focus on showcasing as many of the community’s emerging artists as possible!”

This is Why I’m Happy